The basic principles for EM induction were outlined in Link. Here we use an equivalent electric circuit model consisting of three loops to represent that process. We derive the inductive response function in terms of circuits, mutual and self-inductance, and coupling. Widgets are developed to help physical understanding. The response functions for many practical geophysical surveys resemble that from the circuit model and hence much intuition about EM signals can be obtained using this analysis.

The basic EM survey is shown in Fig. 91. The time varying magnetic field (referred to as the primary field) in the Tx induces currents in the conductor. Those currents produce a secondary field that can be recorded at the receiver. 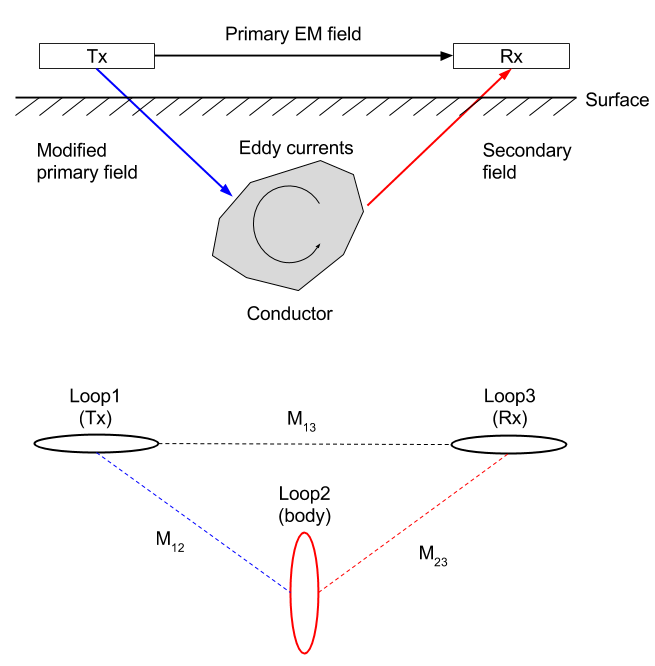 The circuit model is now understood as follows:

Either numerically, or through instrumentation, it is possible to remove the primary field from the measurements. The important geophysical response is

The Response Function is a complex quantity and the real and imaginary parts (or in-phase and quadrature phase) look like below figure. The horizontal axis is the induction number. 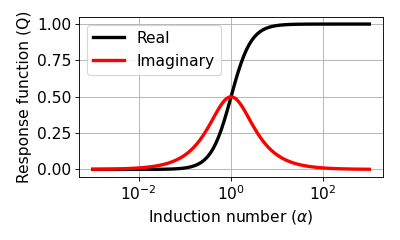 In the following pages we illustrate